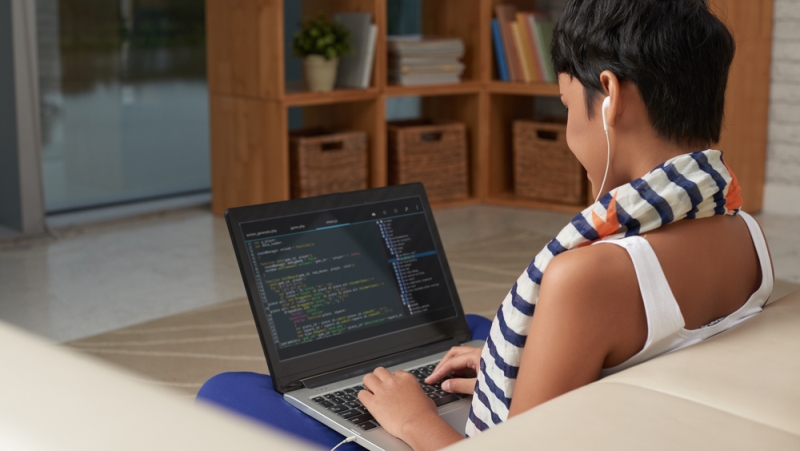 Oklahoma Gov. Mary Fallin realized the problem with the lack of IT talent in the United States when her son couldn’t find anyone to code the telemedicine app that he built for his final project in college.

“He was having to go out of the country to find coders,” Fallin said.

Girls Who Code and Facebook teamed up to host a Governors’ Summit on Saturday to discuss the gender gap in the technology sector with state leaders and how encouraging girls to go into STEM fields would increase the amount of technology talent in the U.S.

Many technology companies, including Apple, Facebook, Microsoft, Google, Tesla, Uber, and Intel, have recently brought this problem to light in their opposition to President Donald Trump’s travel ban, saying that they rely on talent from other countries. The travel ban and the uncertainty surrounding H-1B visas make it more difficult for these companies to accomplish their goals.

Fallin’s son decided that it would be easier to take a coding class himself to be able to complete the vision that he had for his app.

“It’s so important that we have coders, computer scientists, STEM education in our workforce that’s available in our states,” Fallin said.

In the past five years, Oklahoma has increased the number of college graduates who’ve received STEM degrees by 20 percent, but most of them are still men, according to Fallin.

“This is about economic growth and economic vitality,” said Raimondo. “But it’s also about social justice.”

Raimondo said that students who don’t have the opportunity to take STEM classes or who are discouraged from taking them, such as girls and minorities, are left behind because they don’t have the option of applying for higher paying jobs.

A few years ago, Raimondo discovered that only 45 Rhode Island students took the Advanced Placement Computer Science exam. Only about a dozen of those students were girls and there were no black or Latino students. In order to improve these numbers, Raimondo launched Computer Science for Rhode Island (CS4RI), which propelled the effort to make Rhode Island the first state to offer computer science classes in every grade, starting in kindergarten this school year. Rhode Island partnered with the private sector to build the curriculum and train teachers.

Rhode Island also offers to pay back portions of the student loans of Rhode Island graduates who stay and work in the state for up to four years.

“I’m passionate about STEM and I might be a little obsessed also,” said Reynolds.

Reynolds said that when she meets women who work in STEM fields or are interested in STEM, they all have a “pay it forward attitude,” which makes them want to reach out to other women to get them interested in STEM.

“There’s a lot of work ahead of us but I’m sure we’ll meet the challenge of engaging more girls in computer science because the need is greater than ever,” Reynolds said.

In 2011, Iowa launched the Governor’s STEM Advisory Council. Iowa is also working on legislation that would make computer programming classes available in kindergarten, middle and high school. By giving girls access to computer science classes from a young age, the state leaders hope to encourage more women to continue with STEM later in their education and careers.

“Women remain dramatically underrepresented in technology fields,” said Sheryl Sandberg, chief operating officer of Facebook. “They’re missing out on opportunities and the world is missing out on their ideas. We need to harness the full talents of our population and this summit is proof that our female governors are committed to addressing and closing the gap.”