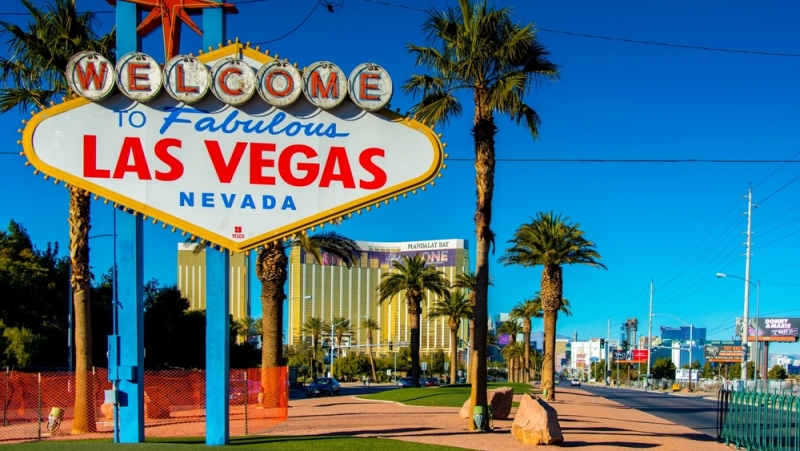 Las Vegas wants to be a leader in technology.

Last year, the city created an Innovation District in its downtown, inviting companies to test new and emerging technologies in the city’s core. Of particular interest to the city is new technologies to manage traffic and crowds, especially along the famous Las Vegas Strip.

Earlier this summer Las Vegas announced an expanded partnership with Cisco, which is now working with the city to test new Internet of Things (IoT) technologies via pilot programs in the Innovation District.

“Cisco was a logical partner choice for expanding our network out into Las Vegas,” said Michael Sherwood, the CIO of Las Vegas. “Obviously, we do a tremendous amount with Cisco on our own private network. Our team has lots of confidence in Cisco and their capabilities and it made the most sense to leverage that partnership.”

In Las Vegas, Sherwood is hoping to tackle traffic congestion, traffic flow, security concerns, and environmental monitoring, as well as building out a smart communications infrastructure–including Wi-Fi and a narrowband communications system.

“It stretches the gamut of what we’re able to do,” Sherwood said. “The possibilities are truly endless once you have that core Cisco network in place.”

For other cities looking to strengthen their tech chops, Sherwood suggests starting with pilot programs.

“Start,” Sherwood said. “Start somewhere. That’s the biggest thing. The question I get asked 90 percent of the time from city managers and IT directors is, ‘where do we start?’ You start on the small scale with a pilot. It doesn’t have to pencil out at the end. Get comfortable with it, learn how to secure it. So many people want to start with something huge.”

The Innovation District offers Las Vegas a unique opportunity to test technologies on a small scale, before sinking time and effort into a technology that isn’t ultimately useful.

“Here’s the key, if you’re going to put something new in your house, wouldn’t you want to test it and make sure it works properly?” Sherwood said. “The Innovation District is an incubator and a breeding ground where we can invite tech companies to test out new technologies on our Cisco-based network. It allows us to interact with this tech and find out if it’s really worth it. If we’re going to make promises to our citizens, we need to make sure we can deliver.”

As for why cities should integrate IoT technology, Sherwood said data is key.

“Long term it’s about data–it’s what you don’t know now that you should know,” Sherwood said. “You’re going to be more proactive, not reactive. Efficiency will increase dramatically.”

Sherwood compares the effects that IoT implementation will have on a city to efficiency powerhouse Amazon.

“Smart City tech enables cities to have the Amazon effect,” he said. “When you order from Amazon Prime, you get your package within 24-48 hours. When a street light goes out today the bureaucratic process we have to respond to that request is tremendous. With IoT, we’ll know before a street light ever goes out. We can have a crew out there beforehand. It’s all about the growing consumer expectation that government work as rapidly as business.”

Currently, Las Vegas is only collecting aggregated, generalized data–nothing citizen-specific. However, down the road, specific data may be collected to deliver better services to consumers. Sherwood, admits security is a top concern for cities.

“I think there are a lot of cities out there that would rather not do IoT due to security concerns,” Sherwood said. “But if that’s the case, we should all get horse and buggies out of safety fears with cars. We have great partnerships to help keep this information secure. There is no difference between an IoT network and a network where we control electricity or water.”

In addition to traffic and congestion solutions, Las Vegas is looking toward sound detection and autonomous vehicles. As with its most recent deployment, the city will start small with pilot programs in its Innovation District before expanding to the whole city.