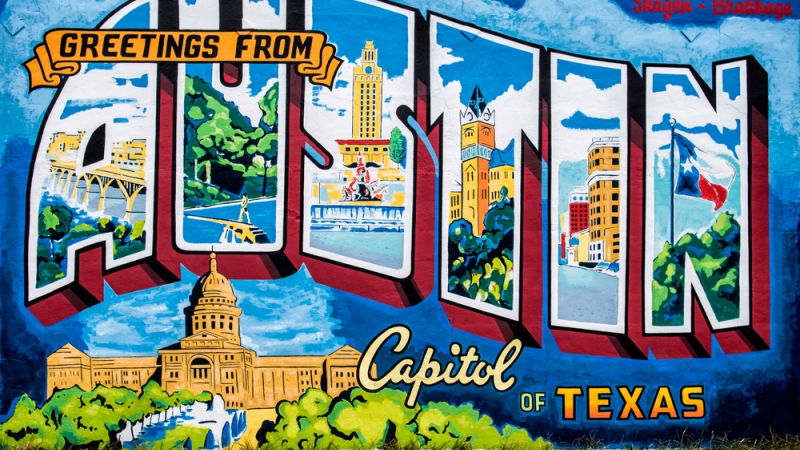 A mural on the wall of the Roadhouse Relics store on First Street celebrates Austin. (Photo: Nagel Photography, Shutterstock)

Coming out of a Smart Cities Council Grant win in February, the city of Austin recently hosted a full-day readiness workshop with city leaders, staff, and key community members to tackle issues of housing, mobility, and economic development for the city’s underserved communities.

“It was a great honor to kick off the 2017 Readiness Challenge Grant workshops in Austin with tremendous support from the city and Austin CityUP,” Smart Cities Council chief scientist Stuart Cowan said. “Austin is a smart city that also cares deeply about social equity, regional culture, and sustainability.”

Workshop participants suggested setting up kiosks and alternative methods of communication in underserved neighborhoods to improve everyone’s access to Austin government, according to a press release.

“As great as our city is, it’s not equally great for everyone in all ways,” said Jay Boisseau, founder of Austin CityUP, a nonprofit consortium that works to advance Austin through digital technologies, data collection, analytics and modeling. “There are things that we can do to make it better for many people.”

Ted Lehr, IT data architect for Business Application Services and Communications and Technology Management for the City of Austin, told MeriTalk in February that they originally thought to put smart technology in their airport and major shopping district, but realized that there were parts of the city in need of more help.

“There are lots of cities that have an element of shiny-penny technology embedded in that city, but Austin is trying to use technology across to those who are usually last in line for the next big thing,” Mayor Steve Adler said. “That is what a smart city is; it’s what we’re shooting for in Austin.”