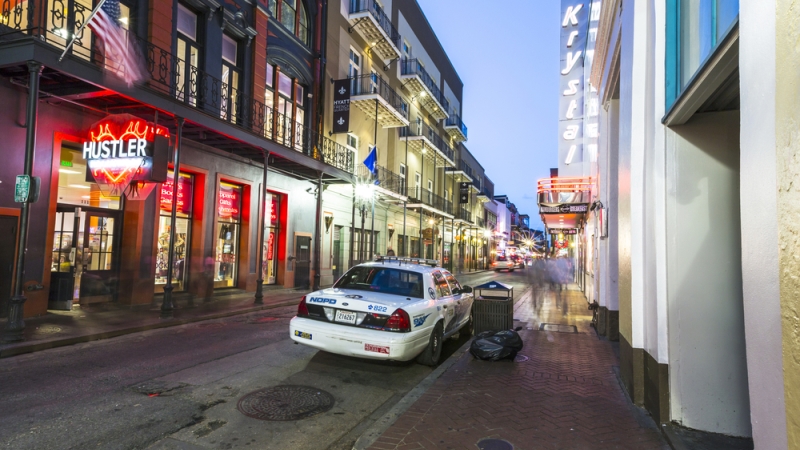 With a murder rate on the rise, New Orleans police are turning to new technology to help maintain public safety. The New Orleans Police Department plans to install automatic license plate readers throughout the city.

New Orleans police consider the investment in the new technology, used elsewhere in Louisiana,  as a “down payment” on public safety. The cameras will allow police to mine a large database of license plate images and identify and track suspects.

“It’s something we’ve been looking at and have coveted for quite some time,” said Jonathan Wisbey, deputy chief of staff for the NOPD, to The Advocate. “It’s a matter of having sufficient (camera) locations and saturation, that we can be confident we’re capturing much of the traffic in the parish.”

While police are in favor of the cameras, many privacy rights activists raise concerns about police having so much footage and data. Concerns about images being misused by overzealous or rogue law enforcement officials abound. Additionally, privacy activists want assurance that images will be purged regularly, so no massive database tracking law-abiding citizens’ movements can develop.

“It is not a real-time thing for us to spy on our citizens,” NOPD Superintendent Michael Harrison told the New Orleans City Council. “It is an investigative tool for us to conduct criminal investigations and find out who committed crimes.”

The NOPD hasn’t yet produced a final set of rules governing the use of the license plate readers or the data collected from them–though the first batch of cameras has already been ordered.

Wisbey told The Advocate that the department plans to limit access and authorization to search the photos to “a handful of people” within the Special Investigations Division.

In terms of how long the images will be retained, there is no official policy as of yet, however Wisbey doesn’t anticipate keeping the images for long.

“There certainly is a significant period of time in which the data will be useful for investigative purposes,” Wisbey added. “I do not envision we’ll be keeping it for very short periods of time.”

Camera instillation will take place over three phases. The first phase could begin in the next few weeks.

Phase I, which cost the city $364,000, calls for 25 license-plate readers at 17 locations. Phase II, which is expected to cost $350,000, adds 32 cameras at roughly two dozen locations. NOPD hasn’t released concrete plans for Phase III, but Wisbey estimates the department will have roughly $500,000 at its disposal to round out the project.

NOPD hasn’t released specific locations for the cameras, but says the cameras will have a wide reach throughout the city.