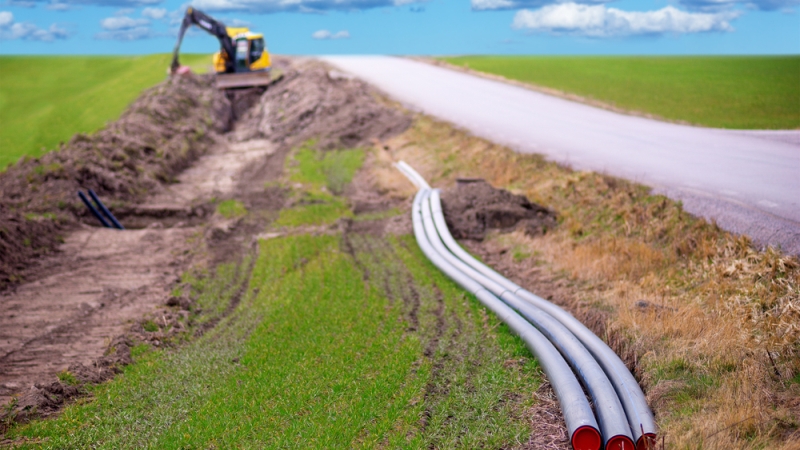 Rural areas hoping for Internet access faced a setback Wednesday, when a Federal court decided that the Federal Communications Commission doesn’t have the power to block state laws that hinder access to cheap, publicly managed broadband service. However, electric companies in Oklahoma and Massachusetts are providing broadband to rural communities by addressing Internet as a utility.

Large Internet service providers such as Comcast and Time Warner Cable have been able to dominate the broadband market by adhering to geographic restrictions set up by states and by agreements between the companies to monopolize business from certain populations. The FCC hoped to increase competition by using its congressional charter that allows it to intervene against the states.

In the U.S. Court of Appeals for the Sixth Circuit, the case focused on a geographic restriction from the Tennessee State Legislature that banned the Electric Power Board (EPB) of Chattanooga, Tenn., from expanding, even though its customers were able to receive download speeds of 1 gigabit-per-second (Gbps) at rates of $70 a month. According to the ruling, people beyond the reach of EPB’s service area have “repeatedly requested expansions” from the utility company.

The states sued the FCC, claiming that the Federal agency couldn’t intervene in the relationship between states and their cities. The court agreed with the states.

“In the past 18 months, over 50 communities have taken steps to build their own bridges across the digital divide,” FCC Chairman Tom Wheeler said in a statement. “The efforts of communities wanting better broadband should not be thwarted by the political power of those who, by protecting their monopoly, have failed to deliver acceptable service at an acceptable price.”

Although the FCC was told it doesn’t have jurisdiction over the regulations between states and cities to oversee broadband-related decisions, rural areas can’t rely on large Internet service providers to receive broadband.

The FCC’s 2016 Broadband Progress Report found that 34 million Americans lack access to broadband, with 40 percent of people in rural areas without access to speeds of 25 megabits-per-second (Mbps) for downloads and 3 Mbps for uploads.

Telecommunications and cable companies avoid areas where it is too expensive to bring equipment and service to so few people, such as the town of Zena, Okla., which has a population of 120.

In June, BOLT received $4.3 million from the FCC to connect 6,000 homes and it plans to bid on the FCC broadband funds that will be voted on later this year.

Small towns are using electrification laws, set in place to initially provide electricity to cities across the United States to get state funding to provide broadband as a utility. In the 1930s, big electric companies claimed it was too expensive and would result in too little profit to provide electricity to rural areas, similar to the arguments that telecommunications companies make today. As a result, President Franklin Roosevelt advocated for the creation of small electric cooperatives using Federal funds. These co-ops are now the ones streamlining local broadband services.

Leverett, Mass., is one such town that received state funding due to last year’s court ruling that Internet is a utility. Leverett Municipal Light Plant began LeverettNet in 2012 to provide 1 Gbps Internet upload and download speeds for about $95 a month for both telephone and Internet services.

LeverettNet has not had any pushback from major Internet service providers, according to Marjorie McGinnis, administrator of Leverett.

Local electric companies are able to provide broadband service as long as they’re within geographic boundaries where they won’t receive pushback from major companies.

“Local governments that want to bring connectivity to their communities, particularly when the private sector has failed to do so, should be able to ensure that their citizens have access to the enabling opportunities broadband brings,” FCC Commissioner Mignon Clyburn said in a statement.

Editor’s Note: This story has been updated.