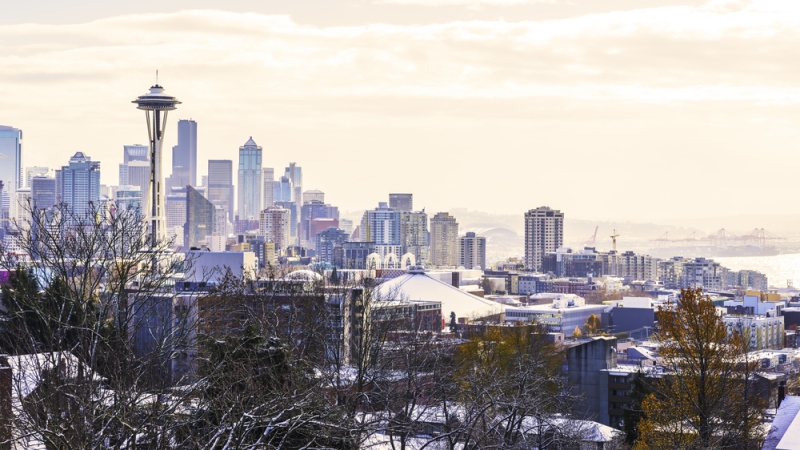 On the same day as the first snow of the season, the city of Seattle announced its “Let It Snow!” hackathon. The city is hoping to tap technology users, designers, and developers for a community design workshop on how city officials communicate with the public during snow-related emergencies.

Seattle is no stranger to turning to its tech talent pool to solve community issues. The Seattle Police Department invited tech gurus to help police figure out how to redact video streams recorded by police officers from their dashcams and body-worn video cameras in 2014. A year later, the city held “Hack the Commute” to encourage the entrepreneurial community to solve the city’s transportation issues.

The “Let It Snow!” hackathon was hosted by Substantial, a local digital product studio, and was facilitated by Open Seattle, a community organization focused on addressing civic issues via technology. Seattle Mayor Ed Murray and Substantial CEO Jeremy Borden will welcome participants. To kick off the event, the city gave an overview of its existing snowstorm response plan, the Winter Weather Map, and open data available for building new apps. Following the overview, participants split into groups and Mathias Burton from Open Seattle facilitated a workshop to develop new ways the city could better provide citizens with needed information.

Nothing official has been released from the event; there has been significant chatter on social media about the ideas developed during the vent. While there is no guarantee any of these ideas will be brought to fruition, the ideas proposed could be of use to any city struggling with inclement weather.

We're beyond excited to have had @MayorEdMurray kick off the snow hackathon were hosting tonight with the city and @Open_Seattle! pic.twitter.com/OW34okAoHT

Ask from @MayorEdMurray at #LetItSnow #hackathon: how do we empower public with information during a snow storm? pic.twitter.com/Lwk3NgSZwc

Trusting the human centered design process – got us to some pretty cool ideas so far #civictech #letitsnow pic.twitter.com/Im4W8odX87

.@daithioduill of @SeattleOpenData presents "snow drone" – "we're going above the snow" to look for info &I deliver emergency supplies pic.twitter.com/MYXsBi9gc0

"There's a lot of great data available, but it's not discoverable"…. drumroll… how about a "https://t.co/sbH76tixYh" site? #letitsnow

"Help me predict what will happen – if I go to work, can I get home?" – proposed app to help ppl make more informed decisions #letitsnow pic.twitter.com/TWIPK067DU