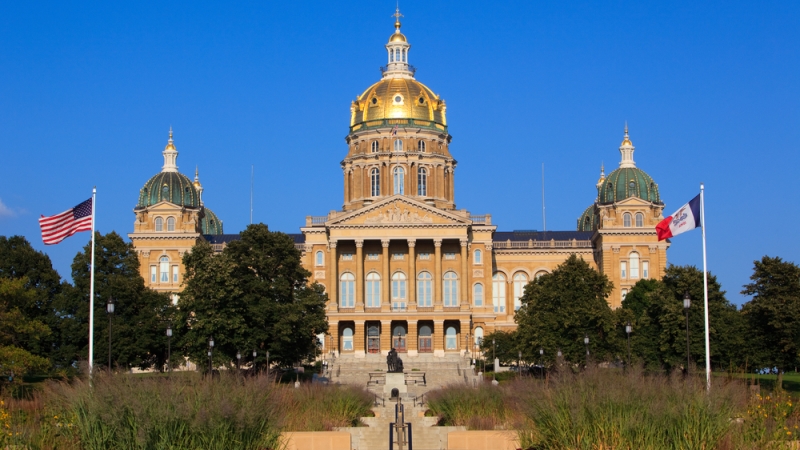 Branstad created the 2013 State Advisory Broadband Committee. He also launched the “Connect Every Iowan” initiative with Connect Iowa in an effort to make Iowa the “Most Connected State in the Midwest.” Under Branstad, Iowa also passed one of the first state broadband bills in 2015.  Iowa has been recognized as a leader in organizing a statewide, interoperable first-responders network.

“The communities that will thrive in this new economy are those which take every opportunity to organize and plan to continually improve their technological capabilities,” Branstad said.

FCC Chairman Ajit Pai sent Branstad a letter recognizing his work on the Connect Every Acre Bill, which seeks to bring broadband to all Iowans, and the Connected Community Engagement Program, which helps communities include broadband in their technology planning.

“When it comes to broadband policy, you have been ahead of the curve,” Pai said. “And Iowans from Alvord to Davenport and Waterville to Des Moines have been beneficiaries of your leadership.”

“Like the governor, I believe Iowa’s future–our education, economic growth, public safety, and more–are tied directly to technology and access to broadband,” said Lt. Gov. Kim Reynolds. “If we are to continue to grow, we must be connected.”

Branstad was presented the award in a ceremony at the state Capitol in Des Moines.

“We celebrate the vision and strong leadership that Gov. Branstad has provided in the pursuit of a more connected Iowa,” said Tom Ferree, CEO of Connected Nation. “We look forward to supporting Lt. Gov. Reynolds as she builds on this foundation and continues the work necessary to ensure that every Iowan has the opportunity to participate and excel in the digital economy.”