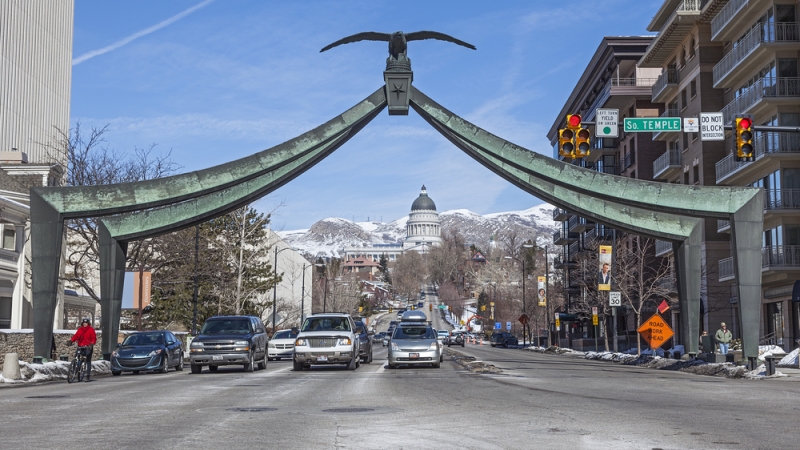 The state of Utah is bracing for a surge in connected vehicles and the advent of autonomous vehicles, as well as the plethora of cybersecurity challenges these cars present.

Autonomous vehicles, which use remote sensing to drive themselves, have yet to infiltrate the nation’s roadways on a large scale. Connected vehicles, on the other hand, already exist. Blaine Leonard, Intelligent Transportation Systems program manager for Utah’s Department of Transportation, said the state has been testing these vehicles for years to address their cybersecurity risks.

“Those concerns exist. Some people think it’s the greatest thing ever, some people say, ‘I’m never getting in one of those,’ ” Leonard said. “We’ve got to get some of them out there and have people get used to them. Airbags were like that. People thought they were going to explode, and now they’re commonly accepted safety devices.”

Leonard said many connected vehicles already have the ability to receive phone calls and play music from smartphones, but they will soon be able to communicate with other connected cars. While fully self-driving cars may still be a few years away, Leonard said that certain autonomous vehicles, such as ones furnished with lane-keeping assist systems and adaptive cruise control, are already in use.

“These two technologies are quite different, but in the end they’ll come together,” Leonard said. “We need to build an infrastructure for them to talk to.”

Utah’s preparation for autonomous vehicles comes mainly in the form of policy changes, Leonard said. The state’s Department of Public Safety is proposing a bill to set up an autonomous vehicle task force. Connected vehicles, on the other hand, require adjustments to the state’s infrastructure.

Leonard’s team established a test site on Redwood Road, an 11-mile corridor outside of Salt Lake City. Utah’s DOT has used this strip to test connected vehicle radios for the past two years. Redwood Road is equipped with nine radios that cars can use to talk with one another; Leonard said he hopes to have a total of 30 radios in the next few months. He is also working on a system for buses to communicate with traffic lights. Leonard explained that if a bus is running behind schedule, it can send a request for the light to help it through an intersection.

“We’ve got normal IT security built into all our systems,” Leonard said. “Now, if you put radios in all those devices, you’re opening up communication channels.”

Radio systems linking connected vehicles is a concern that extends beyond Utah, Leonard said. The Crash Avoidance Metrics Partnership, made up of a group of automakers including Ford, GM, and Mercedes-Benz, is building a Security Certification Management System. This system will be able to verify the validity of radio devices that cars use to communicate with one another. All connected vehicle users will tie into the SCMS.

Leonard said that the Federal government is funding a $45 million deployment test of SCMS in New York, Florida, and Wyoming at the end of this year. He said Utah will probably have access to the system in a year.

“When you’re buying something on Amazon, there’s a logo at the bottom that says it’s safe to use your credit card,” Leonard said. “The SCMS is like that.”

As with any major technological advancement, members of the public have expressed hesitation and doubt at the idea of sitting in a car that a human is not driving. Leonard said that a variety of studies conducted throughout the U.S. reflect that there is a significant part of the population that is nervous about these cars.

However, he said that exposure and time will gradually make people more comfortable with autonomous vehicles, and that these cars will be prevalent means of transportation one day.

“Anything that’s unknown makes people nervous,” Leonard. “It may take 10 years or a generation. The whole concept is really democratization of access.”