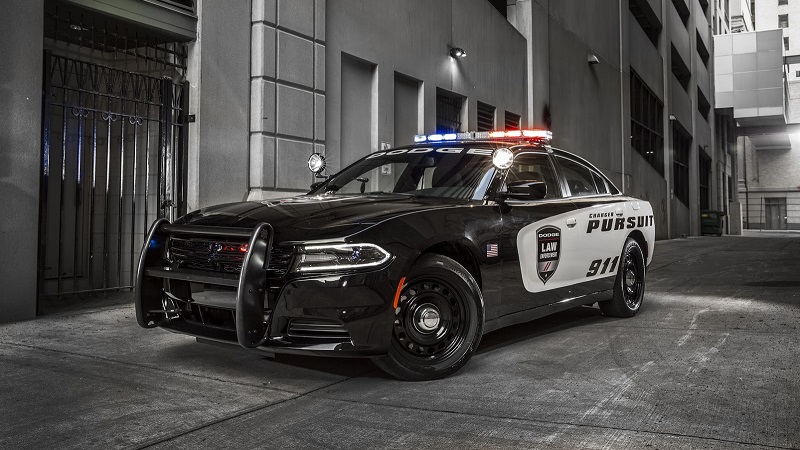 In November 2016, San Antonio Police Detective Benjamin Marconi lost his life due to an ambush attack. Marconi was shot in the head while sitting in his police cruiser writing a traffic ticket. He was the 20th police officer killed in an ambush attack in 2016, according to the National Law Enforcement Officers Memorial Fund.

The 2017 Dodge Charger Pursuit law enforcement vehicle will have technology that detects movement behind the vehicle through the use of its rear-facing camera and radar. The new technology is designed to help police avoid a dangerous ambush situation while in their vehicles.

The new technology comes on the tails of a report by the National Law Enforcement Officers Memorial Fund that ambush killings of police officers has hit a 10-year high. The fund also reports that non-lethal ambush attacks are also on the rise.

FCA US, the maker of Dodge cars, partnered with InterMotive, an Auburn, Calif.-based designer and manufacturer of vehicle control systems, to develop the Officer Protection Package (OPP). The plug-and-play technology is being offered at no cost to U.S. law enforcement agencies that order the 2017 Charger Pursuit. According to FCA US, the OPP module is simply plugged into the car’s OBDII port, located behind the dash. Officers can activate the OPP by pressing the Aux 1 button.

“This technology is designed to prevent an officer from being ambushed from the rear while parked,” said Jeff Kommor, vice president of U.S. Sales Operations, Fleet and Small Business Sales. “While it does not replace vigilance, this technology acts as a second set of eyes and provides police officers with added peace of mind when they are in a parked Charger Pursuit.”

When activated, the OPP uses the car’s reverse sensors to monitor for movement. If movement is detected, chimes will sound and the rear backup camera is turned on; at the same time all doors will lock, the front window will roll up, and the taillights will flash. The package is designed to increase an officer’s situational awareness when parked and working inside the vehicle.

While the new technologies seem promising, law enforcement experts have concerns over the automatic nature of some of the new capabilities.

“The concept is sound but I am pretty confident that once agencies begin to implement, they will make one important request. The doors do not need to lock,” said Travis Yates, a 20-year Emergency Vehicle Operator Course Trainer, in an interview with Law Officer, a trade publication for law enforcement officers. Yates cautioned that the door locking feature could potentially become a “coffin” for officers who need the ability to leave the vehicle quickly.

Police officers sitting in their cars, distracted by work, are sitting ducks for criminals wishing to cause harm. The OPP officers increased security. However, as Kommor said, officers shouldn’t assume complete safety and must maintain their own vigilance.