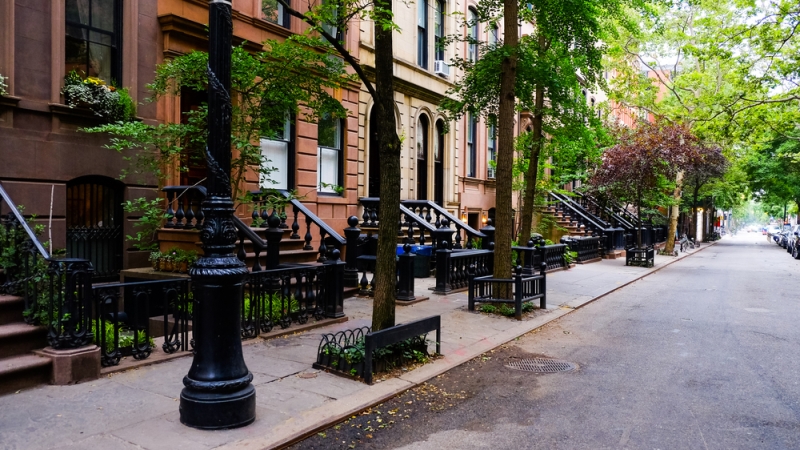 The code for the New York City Department of Parks and Recreation’s new tree map is publicly available for local governments and organizations looking to create a similar website.

The Parks Department this month unveiled its NYC Street Tree Map, which includes data on more than 685,000 trees across the city. More than 2,300 volunteers spent more than a year collecting information on species, bark health, trunk width, latitude and longitude, and GPS coordinates on these trees.

New York City residents can request care from the Parks Department for a specific tree or take initiative by watering, weeding, and picking up litter around the trees. People can also prune, plant, and remove trees if they have the appropriate permits. After making adjustments to specific trees, users have the ability to mark what they’ve done on the map for others to see.

The Parks Department said this will allow them to focus their efforts on maintaining the trees that need the most attention.

The map also indicates the monetary value that each tree provides to the city. For example, one London Planetree located along Atlantic Avenue in Brooklyn is worth more than $265 per year because it intercepts 2,688 gallons of storm water, conserves 1,670 kWh of energy, removes three pounds of air pollutants, and reduces 2,104 pounds of carbon dioxide each year.

San Francisco, Los Angeles, Chicago, and Washington, D.C., are a few of the other cities that have taken inventory of their trees, but New York City has been the first to create a publicly accessible map with granular data. Cities have the opportunity to develop their own data sets and use the code for this Web application to develop similar maps for trees or other topics such as building code rules, energy usage, or parking regulations.

“We have a methodology, and a lot of information and tools—both analog and digital—that we have already shared or are happy to share with other municipalities interested in engaging volunteers to catalog their trees,” said Fiona Watt, acting chief of forestry and horticulture at the New York City Parks Department. “Information such as our volunteer training curriculum, tree species ID chart, and our mapping and data collection methodology can be shared easily.”

The Parks Department’s Geographic Information Systems data set of block edges and the TreesCount Web application, which was created through Azavea software company to train, organize, track progress, map, and collect the tree data, is available to download on GitHub.

Watt said that local governments looking to create their own version of the site should create a data set of block faces for their own area and download the portion of the existing application in which the Parks Department used to plan and train their team.

The Parks Department also plans to make the data for the NYC Street Tree Map open source for organizations interested in using and studying the information.

“It would be great to see Street Tree Maps like NYC’s sprouting in cities across the U.S.,” Watt said.