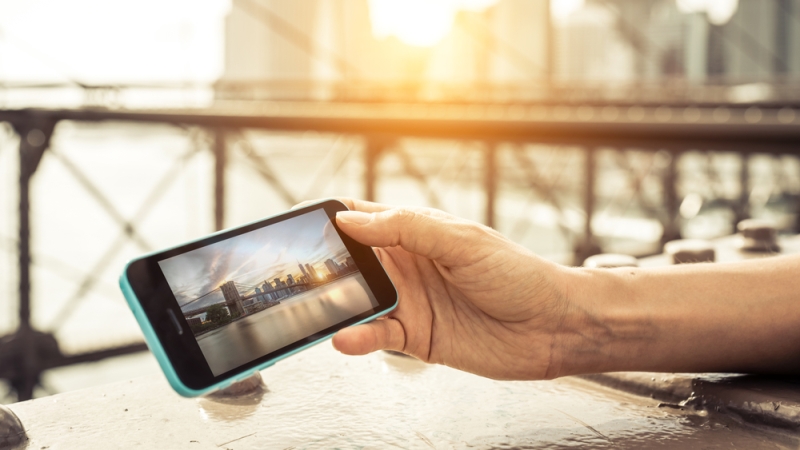 A year ago this month, New York City deployed a beta test of kiosks across the city. The program, dubbed LinkNYC, is powered by CIVIQ Smartscapes and gives the public access to free, fast Wi-Fi, free domestic calling, two USB charging ports, maps, and direct access to 911 and 311.

The kiosks were built to withstand extreme weather conditions, natural disasters, vandalism and theft, as well as conform to Americans with Disabilities Act standards. The kiosks will eventually take the place of obsolete payphone booths.

In one year, more than 1.04 million people–more than the populations of San Jose, San Francisco, Seattle, or Denver–have signed up to use its gigabit Wi-Fi service. The city’s most popular kiosk in Herald Square has served roughly 600,000 Wi-Fi sessions in the past 12 months. Overall, the kiosks average 40,000 new users each week. There are now 600 kiosks across all five boroughs of the city, with 7,500 to be installed over the next eight years.

“With Link kiosks now in all five boroughs, we have helped more than a million New Yorkers and visitors get online at the fastest speeds available in New York City, for free,” said Jen Hensley, general manager of LinkNYC. “Less than one year in, we are thrilled with the response to LinkNYC.”

The program is incredibly popular with New York City residents, as well. Ninety-two percent of New Yorkers believe LinkNYC has positive benefits for New York City, according to a survey conducted by Sachs Insights. Residents are also likely to appreciate the security features of the kiosks, including encrypted Wi-Fi and a pledge from the city government to never sell any personally identifiable information or share with third parties for their own use.

“Bringing free Wi-Fi to our sidewalks is an important piece of our efforts to increase Internet access for all New Yorkers,” said Mayor Bill de Blasio.

New York City keeps the Wi-Fi free thanks to advertising, which reaches more than 11 million people weekly. The Sachs Insights survey found that 89 percent of people appreciate the free Wi-Fi in exchange for advertisements at the kiosks. Calling is free due to a partnership with Vonage.

“Free Wi-Fi Internet access on our streets has been a game-changing new public service, and these numbers show it,” said Manhattan Borough President Gale A. Brewer. “It’s not often that government rolls out an entirely new service to the public. Despite the inevitable bumps in the road, LinkNYC shows what government can do when we’re ambitious and forward-looking.”

One of the bumps Brewer is referring to happened in September. The kiosks previously offered free Web browsing. However, after receiving numerous complaints that people were viewing pornography or monopolizing the kiosks, officials shut off the feature in September. Despite that issue, the city remains optimistic about the future of LinkNYC.

“Through advanced technology, New Yorkers of all backgrounds can now connect–locally and globally–for free. LinkNYC is a 21st century approach to closing the digital divide,” said Council Member Laurie A. Cumbo.