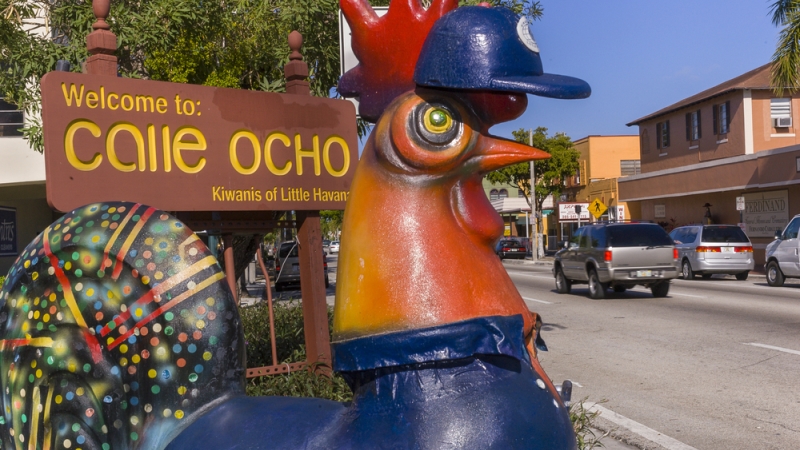 Two investors are looking to turn Little Haiti, an economically depressed area of Miami, into a technology and innovation hub.

The area, previously known as Lemon City, was once a thriving manufacturing neighborhood, but now has a median household income of roughly $19,000–well below the U.S. median income of nearly $52,000.

The two developers tackling the project are Bob Zangrillo, a Silicon Valley investor and CEO of Dragon Global, and Tony Cho, a Miami real estate developer and CEO of Metro 1. The two men are hoping to turn Little Haiti into Magic City, a 15-acre mixed-use development.

Cho wants to reinvent the neighborhood, with the goal of attracting innovators and entrepreneurs who want to live, work, and play in a walkable neighborhood. The developers hope to bring in technology companies and retailers to the campuslike neighborhood.

Walkability is key to innovation centers, stresses Zangrillo. In existing tech hubs such as New York City, San Francisco, and Silicon Valley, employers often look for locations that are walkable, he said.

“Four years ago, Tony and I teamed up because we had a shared vision for an innovation district in Miami,” Zangrillo said to the Miami Herald. “We want to embrace the history. We want to create jobs in the community and foster companies that want to give back to [community] education programs and support the kids. That’s our goal, and we’re out there, and we think this is going to be transformative for Miami.”

While the $1 billion project is currently privately funded, both developers said they will look for long-term debt and equity partners in the future.

Magic City’s development will not happen all at once. Rather, the developers have multiple phases planned, spaced out of several years.

The first phase focuses on bringing new cultural resources to the area, as well as areas for innovation and technology development. The developers plan to create a sculpture garden, the 30,000-square foot-Magic City Studios and the 15,000-square-foot Factory, both structures will likely be mixed-used and serve as an events space, innovation center, and amphitheater.

The developers plan to transform a 15,000-square-foot building into an innovation and incubation center for startups. The space will include a co-working area and entrepreneur collaborations. The developers hope to have it open by early 2018. The building will also serve as a template of sorts for a much larger innovation center the developers have planned for a later phase.

The developers also have office and retail space, affordable workforce housing, including micro-units, and possibly a boutique hotel planned for later phases.

The developers are focused on affordable housing, apartments, and micro-units to cater to future tech employees living in the area. Focusing on smaller living spaces, and leaving out large parking garages, will make apartments more affordable for workers, Cho said. He also stressed that ride-hailing apps will help fill transportation needs that can’t be met by public transportation.

“We are investing money, cleaning things up, bringing more street lights and security in the neighborhood; we’re bringing in art, creating jobs,” Cho told the Herald. “One of the things I am super-passionate about is creating unique, interesting neighborhoods that have a positive impact on the environment. Bob brings a unique perspective to the real estate game…and that is supporting innovative companies and bringing in the technology component.”