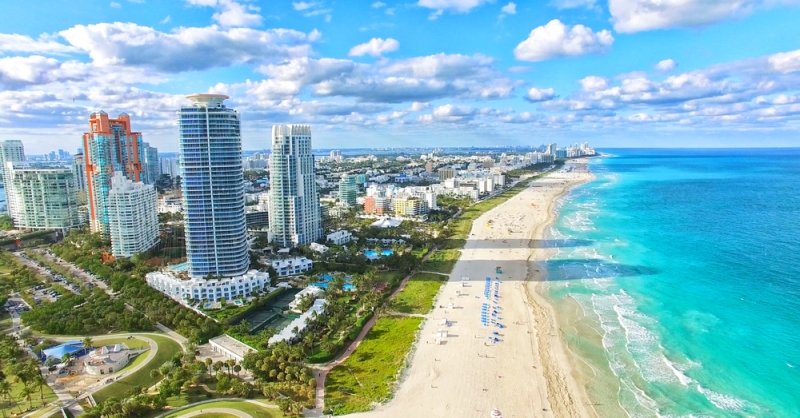 Through its Smart Cities initiative, AT&T approached cities and counties offering smart lighting, transportation, and public safety services. Miami-Dade County, Fla., is the only place that will be piloting all of AT&T’s technologies at once.

The other participating places, which include Atlanta, the Georgia Institute of Technology, Chicago, Dallas, Chapel Hill, N.C., and Montgomery County, Md., will pilot technology in some, but not all, of these areas.

“We were happy to be the oddball,” said Angel Petisco, chief information officer of Miami-Dade County.

Petisco said narrowing the digital divide is one of his chief goals. According to a study published by researchers at Florida International University in October, Miami is the second worst-connected city in the U.S., with 37 percent of its households lacking Internet access.

In an attempt to redress this gap, part of Miami-Dade’s pilot involves offering free Wi-Fi at the center of a public housing community. Petisco said that LED lighting was installed in the housing campus in the hopes that improved lighting will diminish crime.

However, one problem about the free Wi-Fi pilot is that some people in the community do not own a connected device, Petisco said. Mariaelena Salazar, director of shared services at Miami-Dade County, said AT&T will provide 60 laptops to the housing community. The community will be trained on how to use the devices, and will begin using them on March 2. The trial will last for 90 days.

“The hope that we have in doing this trial is to collect data,” Petisco said. “It’s an investment that should carry some priority with it. It helps prove there’s a need.”

Miami-Dade County already offers free Wi-Fi in libraries and on the metro and bus systems. Petisco said the city recently made Wi-Fi available in the regional parks, which has allowed more parents to attend their children’s practices.

“Parents would love to go watch their kids play soccer, but work precludes that sometimes,” Petisco said. “We now have parents on bleachers, still on their laptops, but looking up now and again.”

In addition to increasing public Wi-Fi access, Miami-Dade will also pilot smart traffic technologies. Several intersections will be furnished with cameras and smart switches that will facilitate traffic control. These devices will transmit real-time data to traffic controllers.

“Traffic in particular has to be very real-time,” Petisco said. “The age of sitting on a corner and studying traffic for a few months is the way of the past. It’s all about the Internet of Things.”

Petisco said he told AT&T upfront that he was not interested in spending money during this trial and that the initiative should serve as a test period for Miami-Dade.

He also said he made it clear that the county was searching for services from companies other than AT&T, which serves as Miami-Dade’s Internet provider. For example, his office has released several requests for proposals for technology projects. Miami-Dade’s IT Department also reached out to a nonprofit about providing laptops before AT&T and Ericsson partnered to supply the devices for the public housing community.

“We told AT&T we wanted to demonstrate the art of possibilities,” Petisco said. “We’re not interested in who they bring to the dance.”