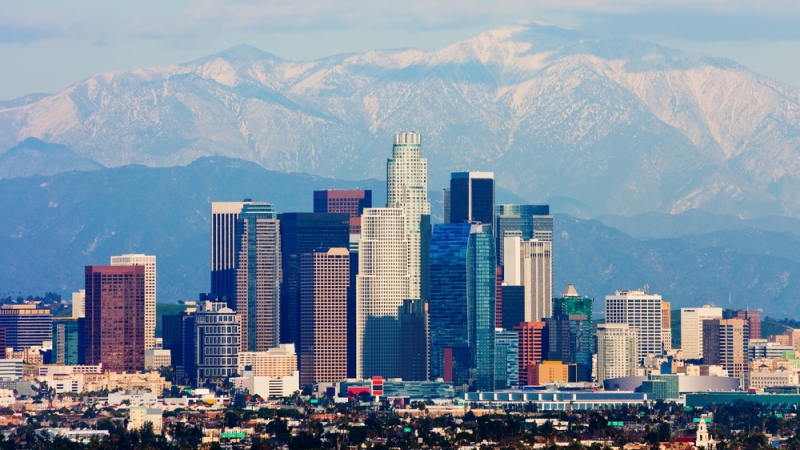 Los Angeles has designed itself to be a hub for technological renaissance, and it’s possible for other cities to do so as well, according to a group of entrepreneurs.

“One of the reasons that I think it’s experiencing this renaissance is the collaboration that’s happening in Los Angeles, from government to private to the nonprofit world,” Oscar Menjivar, founder and CEO of URBAN Teens eXploring Technology, said Monday at the White House’s South by South Lawn (SXSL) event.

Panelists agreed that Los Angeles Mayor Eric Garcetti is responsible for much of the beneficial relationship and collaboration between government and the public sector.

“The mayor of L.A. has been incredibly proactive in working with the tech community, and cutting business taxes by 16 percent, and really creating open government, open data, enabling the support of the different residents of L.A.,” said Krisztina ‘Z’ Holly, chief instigator of the MAKE IT IN LA initiative. “That’s what Mayor Garcetti has been so good at, is to listen and then apply the technology. So having the chief technology officer, having this Entrepreneurs in Residence program that serves as a liaison between city hall and the entrepreneurial community, is just really taking things to the next level.”

Menjivar said that Los Angeles tends to be a very friendly city to new innovators, making it easier to get started on a project and to collaborate with others.

“You’ll never solve the biggest problems if you try to route around one another,” said Brian Mullins, founder and CEO of DAQRI.

The panelists also agreed that fostering the talent of minority groups in their city has led to both a diversity of workforce and a diversity of technological talents.

“The beauty of L.A. that we’re starting to find is that more and more teens from the inner city and more and more kids from the poor and working class are starting to innovate,” said Menjivar. He described projects in which these kids and teens are bringing Wi-Fi to public parks and using gamification to study for their SATs.

“There’s so many resources, there’s such a diverse workforce,” agreed Yael Aflalo, founder and CEO of Reformation.

Holly noted that Los Angeles did not start out as an inherently prepared city to become an innovation hub, but rather that the city had worked over time to create the right environment for innovation.

“I think that L.A. has been a challenging place up until now to really foster a more coordinated movement,” she said. “A lot of this stuff has been coming up from the grassroots, and it’s really only recently that you feel like you get a lot of momentum around the tech.”

“L.A. has done that really well, and it’s not because of any unique geographic component or demographic component of L.A.,” agreed Mullins. “I think that it’s something that cities around the world could find ways to improve and see some of the same successes that L.A. is.”

The SXSL event, inspired by the annual South by Southwest (SXSW) festival, was hosted on the White House lawn and celebrated innovation in music, film, and technology.