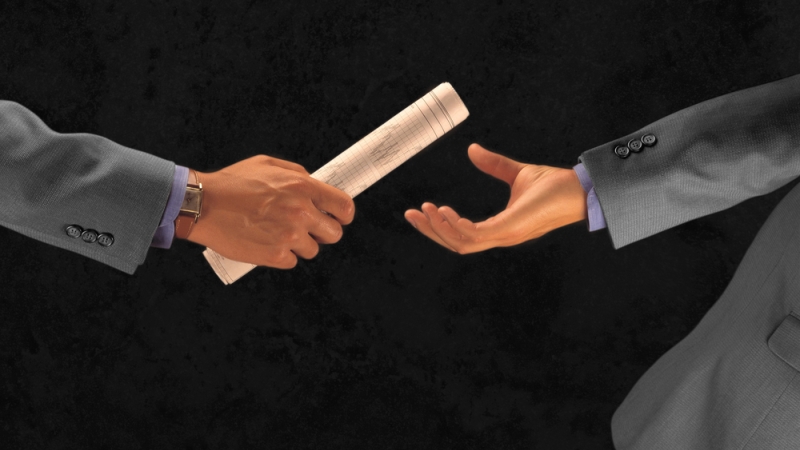 Hardik Bhatt is stepping down Sept. 14 from his role as Illinois’ CIO to move to the private sector–joining Amazon in a public sector-facing role. Having served as CIO for more than two years, Bhatt oversaw the state’s technology transformation and the creation of the Illinois Department of Innovation & Technology (DoIT), which he led until his departure.

To fill Bhatt’s shoes, current state CISO Kirk Lonbom is stepping up as interim CIO. Lonbom has worked in Illinois state government for more than a decade, and became state CISO in 2015.

Before Bhatt stepped down, both Bhatt and Lonbom spoke with 21st Century State & Local about the DoIT’s focus and plans for the future.

21st Century State & Local: Looking back over your tenure as CIO, what are you most proud of?

Hardik Bhatt: The fact that we could accomplish so much in such an adverse environment is something I’m really proud of. And that credit for that goes back to the tremendous leadership the governor [Bruce Rauner] has shown. We were not thinking small, we were thinking big, but we were executing quickly also. Our ability to execute in such an adverse condition is what I’m most proud of.

21C: What are your hopes for the position and DoIT as a whole after you leave?

HB: It was never about me or what I can do, it was about the taxpayers, citizens, businesses, and residents of Illinois. It was about what technology can do to make government better for everybody that depends and interacts with the government. I think regardless of who is leading technology, the role does not change. What we could do in the last 2½ years is basically fundamentally, and nationally, redefine the role of a state CIO. Technology is a partner for government leaders, not just someone overseeing back office and security. We are adding value to the business through mobility, data, and smart technology. I would expect that not only with the Illinois state CIO, but across the country, state CIOs, governors, and other government leaders will look at the state CIO role as a value-add position. And that is important. If you think about how private sector is going through major transformation, it’s because of the leadership. Similar things need to happen in the public sector where CIOs need to step up and take the role of business technologist. I’m hoping all government CIOs take on this newly defined role.

21C: Why did you decide to make the jump to the private sector?

21C: Can you talk to us a little bit about the transition and how the office is preparing for Hardik’s departure?

HB: It’s like any other transition where I am making sure Kirk is fully up to speed for the enhanced responsibilities that he is taking on. He’s been CISO for over two years, so he’s been working at the highest levels of government. He’s been part of the senior leadership already, so there’s not much extra exposure that he really needs to really get up to speed. In the other aspects of the business, he’s getting up to speed really quickly. The governor’s office has made a fantastic decision to name Kirk at the same time it was announced that I was leaving so there’s no ambiguity with the rank-and-file employees regarding the leadership changes. The same time the announcement was made we had a leadership meeting that Kirk and I called to walk the leadership team through the change. The very next day we had an all-IT employees town hall meeting. We had more than 50 percent of employees across the state joining the webinar. Kirk and I walked the employees through the transition. So it was not just about me giving it to Kirk, it was about how the rest of the team feels about the transition. We’ve taken some methodical ways of transition. I’m really not worried about what’s going to happen after me.

Kirk Lonbom: The transition is going very smoothly. I think that’s a great testament to the governor’s very clear vision for where we want to go in Illinois. Hardik has been a very inclusive leader. The reason I came on board and accepted a position of CISO is because of the governor’s vision and how Hardik was translating that vision. Our leadership team has been a truly team effort. With a lot of transitions, there are concerns about the new guy and what changes he’s going to be making. In this instance, it’s really that the governor has set the race around the track and we are a relay team and Hardik is simply passing the baton to someone who is up to speed and knows where we are headed. Our vision remains clear, our direction remains clear, and I’m blessed to step into this opportunity.

21C: Can you tell us a little bit about your role as CISO and what you hope to bring to the position of interim CIO?

KL: Hardik made some really good points about the role of state CIO becoming a business partner earlier. We took the same approach with CISO. Across the country the CISO role is being elevated not just in the private sector, but also in the public sector, as a member of the boardroom. We took that perspective. When we established our goals, one of the No. 1 goals was to ensure we aligned with the business goals. We turned the paradigm from being the traditional security officer who might be the “say no” person to more of a “say yes” person. We took the governor’s vision and developed a very good strategy and are executing that strategy with a business focus. Not only serving the taxpayers, but protecting the citizens and critical services of the state

21: What’s next for the team? Anything exciting you are working on?

KL: We’ve made some great momentum is these forward-leaning technologies. The blockchain initiatives will continue to advance. As we’re working toward “Smart State,” that will continue to advance from vision to operations. We are looking at artificial intelligence and what does that mean for the business of government and facilitating better services for our citizens. Beyond that, we are going to continue to execute on the vision of government. We are undergoing a major state transformation and are bringing all IT under one umbrella, with common services, common security, and all of the things that are more the traditional IT functions, but we’re going to be doing it better. I’m just really proud to step in and help execute on the great vision and direction that’s already been established.