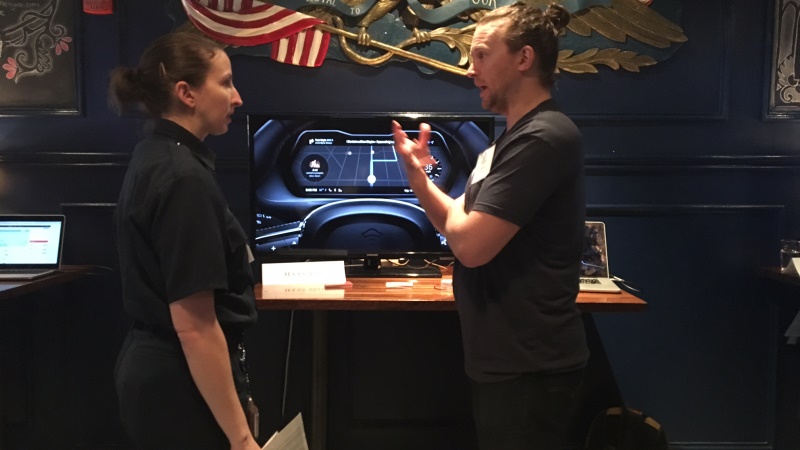 First responders said they are both cautious and optimistic about introducing their departments to some of the latest first responder technology, which was demonstrated at a Department of Homeland Security-sponsored event March 1.

DHS’s Science and Technology Directorate held a showcase so companies selected for the agency’s EMERGE Wearable Technology program could demonstrate their devices. The EMERGE program, launched in tandem with the Center for Innovative Technology (CIT) and TechNexus, connects startup companies that have developed first responder technology with public safety agencies that may be interested in their devices.

Adam Thiel, the fire commissioner within Philadelphia’s Fire Department, attended the event to observe the companies’ wares and assess whether his department could use such technology. He said all public safety agencies operate differently, but they should still seek out and consider new technology.

“The biggest thing to do is make sure tech and the people using it are recognized as part of a broader system. I’m optimistic. But it’s tough to adopt, procure, and deploy,” Thiel said. “It’s important for us to be here. My people work out in the street. I care about them.”

Thiel said his team conducts half a million emergency runs a year. He also said DHS brings a certain “gravitas” to technology partnerships, and forums like the EMERGE showcase “allow a ground truth.”

Tracey Reed, a captain in the Fairfax County Fire Department’s Operations Bureau, said the event offered a rare opportunity for her to interact with startup companies. She also said that, based on her department’s needs and budget, some of the showcased technology is more realistic than others for Fairfax County.

One of the most interesting technologies on display at the event, she said, was Vault RMS’s software platform that tracks firefighters’ exposure to hazardous materials.

“It’s been great talking to vendors,” Reed said. “With startups, they’re willing to change and ask what they can do differently. But we don’t have a link to those startups. CIT and DHS connect us to them.”

S&T selected 10 companies from a pool of 260 for this year’s EMERGE program. The companies produce devices that range from wearable headpieces that stream video to inflatable solar-powered lanterns.

Terry Howerton, chief executive officer of TechNexus, said EMERGE is important because it diversifies the swath of companies Federal agencies know about and work with.

“DHS and a lot of government agencies were procuring from a relatively small sample of giant vendors. That small sample has a stranglehold on innovation. This is a disruption that only DHS could’ve convened,” Howerton said. “Large corporations that have been resisting entrepreneur disruption will become a channel for entrepreneurs.”