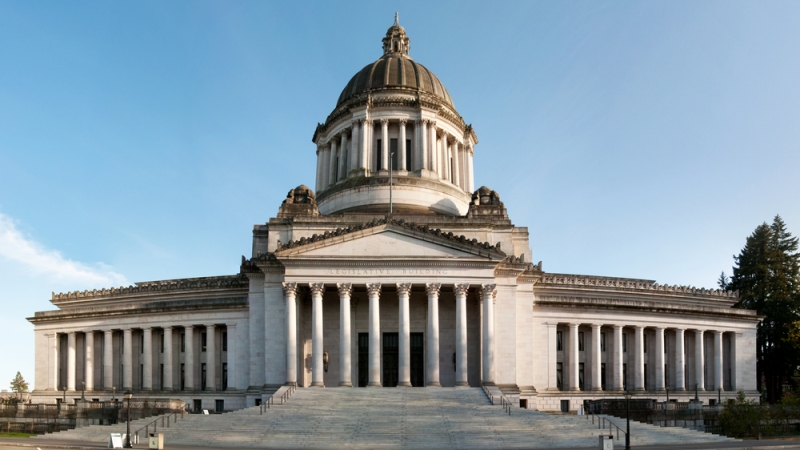 One of the Habib’s main responsibilities is presiding over the Senate. As president of the Senate, Habib recognizes and enforces speaking order during legislative sessions. In the past, senators have frequently jumped up from their seats and begun speaking. However, this posed a problem for Habib as he would be unable to see who stood up first.

Just weeks before Habib’s swearing in, the Senate installed new technology. As senators rise from their seats, they will push a touchscreen installed on their desks. Habib will then receive a list of senators who wish to speak, in order of those who pushed their touchscreen, on his high-tech Braille pad at his lectern.

Before the legislative session began, Habib was able to test the system with his aides.

“It works phenomenally,” Habib said. “And it’s so impressive to see that we can use technology in this way to fully even the playing field, or make this process run just as smoothly as if I had full eyesight. It’s really remarkable.”

Habib initially believed he would use an aide to assist him during Senate sessions. However, the Senate offered the technology upgrade instead. Shortly after the election, state IT employees began work on the technology. It took roughly eight weeks to install and cost the state $70,000.

When Habib first come to the Capitol as a senator, he was given a Braille reader and software on his laptop that provided both Braille and text-to-speech translation. The Senate also purchased a Braille printer for Habib.

Habib says the new technology is a great way to show visitors to the Capitol how technology has evolved and is used in state government.

“This is what innovation can do” Habib said. “This is how it can solve problems.”