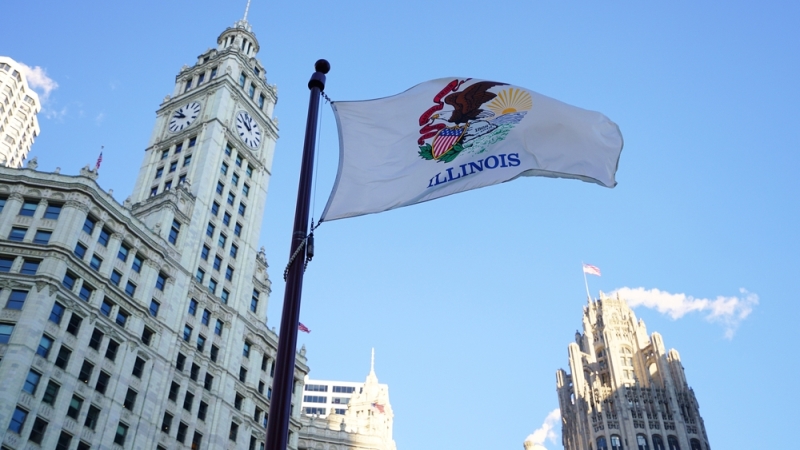 Three years ago the state of Illinois ranked in the last quartile of states when it came to using IT efficiently. After two years on the job Hardik Bhatt, the state’s CIO, has transformed Illinois.

After being named CIO in March 2015 by Gov. Bruce Rauner, Bhatt was tasked with transforming the last 45 years of state technology in the next four years, an initiative dubbed 45-in-4. As part of that overhaul Rauner established the Department of Innovation and Technology in January 2016, which Bhatt now heads. The department oversees the state’s $1 billion portfolio of IT investments and an IT workforce of nearly 1,700 members.

With the department being so young, Bhatt said in an interview with 21st Century State & Local, “We are essentially building the plane by flying it.” In the interview, Bhatt discussed the work he was most proud of, upcoming projects, and his advice for other CIOs.

21st Century State & Local: Looking back on the past two years, what projects or initiatives are you most proud of?

If I had to pick one thing, it would be the creation of the Department of Innovation and Technology, because it is enabling all of our other projects. Previously, technology was siloed across state agencies and departments, now it is assimilated and unified.

21C: What projects are coming up for your office?

HB: We are looking to consolidate our licensing platform. We currently have 55 different licensing applications in the state. Our team is trying to move the different applications into one single unified platform. With the new platform, customers would create one profile to apply for all of the licenses they need.

Customers won’t have to fumble around different agency websites trying to figure out who issues the license they need. Instead of placing the complexity on the customer, it would be on the back end.

We want to go from multiple, siloed solutions, built by individual agencies, to a platform-based approach where we take the complexity away from the customer and hide it behind technology. We want technology working for citizens.

21C: Cybersecurity is a top concern for state CIOs. How do you work with state and local governments during a cybersecurity incident?

21C: In your opinion, what is the biggest tech challenge facing state governments today?

HB: Inertia. It’s the failure of understanding how quickly tech is changing or how important it is to governments and citizens. In a lot of places tech is still being seen as a shiny object that you can do without. Government budget conversations downplay the importance of technology. Government officials frequently forget that they provide services through tech, so if they stop budget on tech, they stop budget on services.

Instead of doing a major digital transformation, state governments still do it on a project-based level, rather than organization-based method. If states don’t get their acts together in the next five years and go through a complete digital transformation, they are going to be so far behind that it will be difficult to catch up.

21C: What technology will have the greatest impact on states in the future?

HB: There isn’t a single technology. I think it will be the combination of the real-time data capture through IoT, supplemented with analytics that help with decision support, and integrated with AI to get stuff done. Most governments are complaining about not having enough talent. If leveraged correctly, the combination of IoT, analytics, and AI can solve this problem. Workers will be freed up from doing lower value work to do high-value work and can help make governments efficient.

21C: Any advice for CIOs or tech leaders in less tech-focused states?

HB: First, CIOs should focus their time on finding ways to start going away from point solutions to platform solutions.

Second, CIOs need to think like businesses and work on building the business case to get continuous funding for key initiatives

Third, CIOs need to invest time from getting buy-in from key stakeholders. CIOs need to have a direct line to the governor. States need to move away from burying CIOs in fragmented agencies. Technology is far too important to be considered back office.