Compared to other majors, STEM students are most likely to believe companies will recruit them directly out of college, and 73 percent feel they will receive a good job upon graduation.

McGraw-Hill’s Education 2016 Workforce Readiness Survey released in June discovered “only 40 percent of college seniors feel their college experience has been very helpful in preparing for a career.”

“Every college graduate deserves to enter the workforce with the confidence that their degree was worth the investment,” said Peter Cohen, group president of U.S. education for McGraw-Hill Education.

Using technology in the classroom was reported as improving students’ preparedness for entering the workforce.

Almost half (55 percent) of students stated using workplace-related technology as the third most me30ntioned skill learned at college, preceded by presentation skills (63 percent) and multitasking (66 percent). 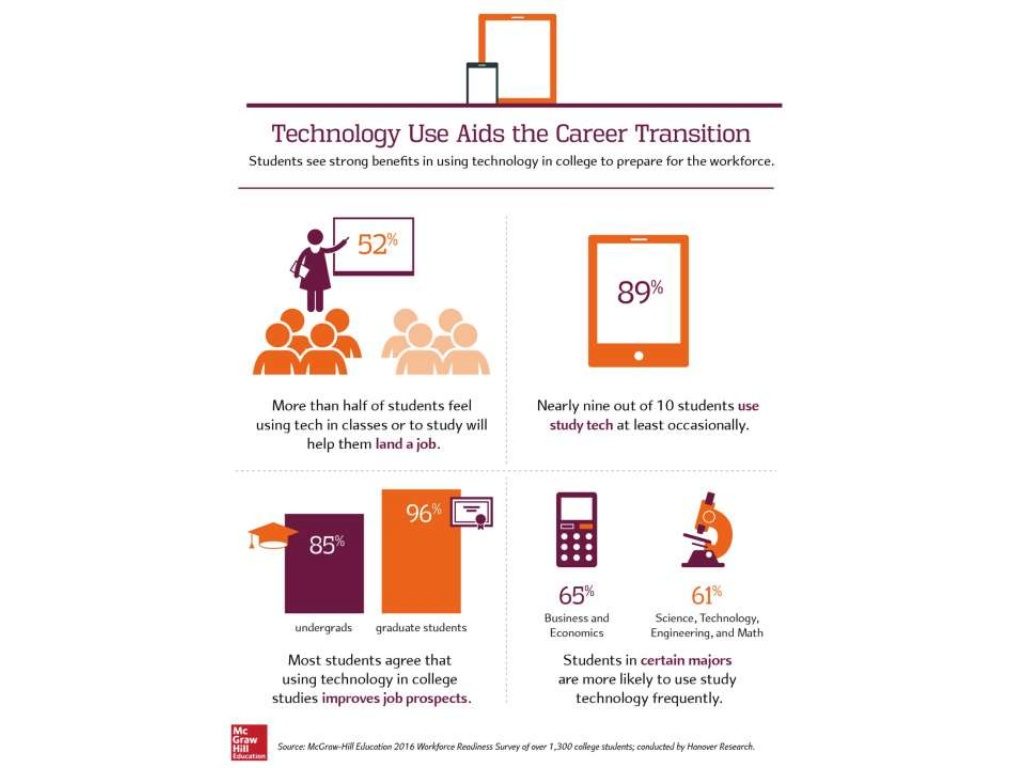