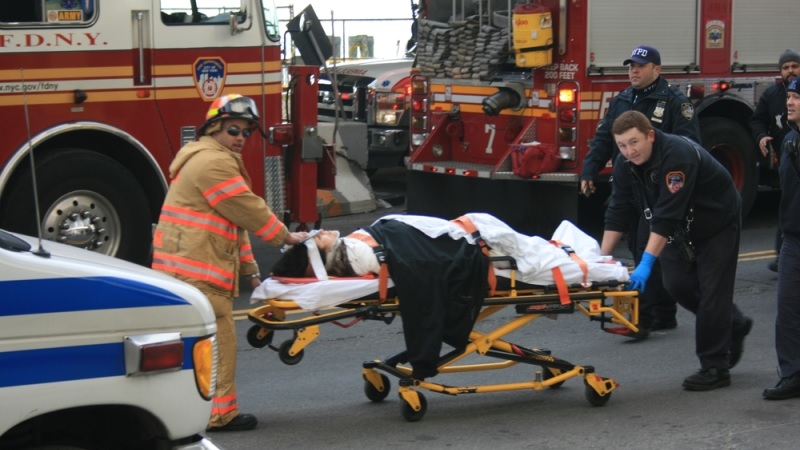 States are beginning to feel neglected in the creation process of FirstNet, a broadband network intended to provide wireless communication for first responders, according to witnesses at the Senate Commerce Subcommittee on Communications, Technology, Innovation, and the Internet hearing on Tuesday.

“During the consultation process, FirstNet has referred to states as ‘constituents.’ While this may appear to be word choice, it […] lessens the focus on partnership,” said Jeffrey McLeod, director of Homeland Security and Public Safety Division of the National Governors Association.

FirstNet is a government program started in 2012 that was tasked with creating a broadband wireless network that could be used reliably by first responders around the country.

FirstNet released a request for partnership (RFP) in January of this year to further that goal, and closed that request in May. The chosen private partner is expected to be announced in November, with a planned deployment date of mid-2018. In the period before this partner is chosen, however, some states are feeling that they have too little involvement in FirstNet development.

“States don’t feel that they are necessarily viewed as full partners,” said McLeod. He acknowledge that “FirstNet has stepped up their efforts over the last year to communicate with states.”

Michael Poth, CEO of FirstNet, addressed the concern that, though states were involved in the consultation phase of the project, they have no guarantee that the private company contracted to develop FirstNet will cover all state needs.

“They understand what the state’s position is and what’s important in both the urban and the rural areas,” Poth said of the future private company partner of the FirstNet program. “What we’re expecting back is how the vendor is proposing to facilitate all that.”

One of the major concerns, particularly in more rural states, is that FirstNet will prioritize metropolitan areas that will provide greater profit in user fees. Considering that rural areas, which are less likely to be Internet connected than urban areas, are in great need of FirstNet’s emergency wireless capabilities, a lack of rural connection would be particularly problematic.

“They are likely to prioritize build out in metropolitan areas,” McLeod said.

Though FirstNet developers have reported that the greater fees gathered in metropolitan areas will work to balance out lesser fees in rural areas, some witnesses were concerned that, in practice, there would be unequal distribution. There is even concern that the fees required to keep the program operational would turn out to be too high for smaller, local police departments, fire departments, and other emergency services.

“We believe that FirstNet will face geographical challenges in providing service to all 56 states and territories at a competitive cost,” added Andrew Katsaros, assistant inspector general for audit at the U.S. Department of Commerce. For example, the Rocky Mountains could pose a geographical impediment to a properly working FirstNet network.

“We need to ensure that the specific needs of all the states and territories are met,” said Sen. Brian Schatz, D-Hawaii.

“There is a lot that is unknown, particularly in this pre-award phase,” Katsaros said. “There are a lot of variables that need to fall into place for this to be successful.”

Editor’s Note: This story was updated to correct an attribution.