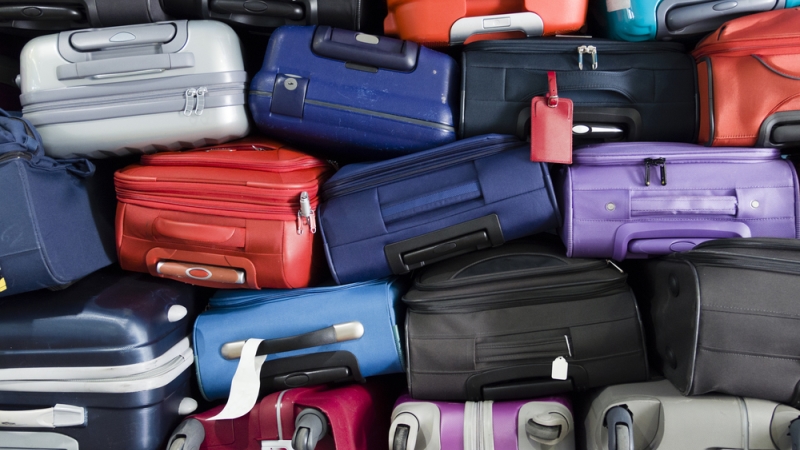 After saving up for a vacation, taking time off work, and spending time trapped in a metal tube, the worst thing that can happen is lost luggage. Nothing’s worse than being at a resort with only the clothes you arrived in; either you miss out on the fun or have to plunk down for overpriced clothing from the resort gift shop.

Well, Delta Air Lines is investing $50 million to end lost or delayed luggage with a global RFID, or radio-frequency identification, tracking system. Essentially, the RFID tag will attach to the bag the same as current luggage tags, but instead of telling airlines where to send the bag if lost, it’ll work to prevent the bag from ever being misplaced.

If the Delta system works, other airlines are likely to follow. If the technology catches on widely enough, rather than a bag tag, RFID readers might be placed inside of suitcases during manufacturing.

Currently, airlines use barcode stickers with a unique 10-digit code to identify each suitcase and ensure that it arrives at its intended destination. However, using a handheld scanner to read each and every barcode is an incredibly time consuming task. Plus, baggage handlers, in a rush to load planes on time, may miss a bag or two or not notice an error message.

RFID signals are picked up by receivers 99.85 percent of the time, according to Bill Lentsch, Delta’s senior vice president for airport customer service and airline operations, compared to an approximate 90 percent success rate for manual scanners.

Delta tested the new RFID tags at its 84 largest airports, which accounts for 85 percent of its passengers. During the testing period, Delta had 1,500 special belt loaders with RFID readers built in. Unlike normal loaders, the RFID-equipped loaders stop whenever luggage for a different flight is accidentally placed on the belt.

The new RFID tags also benefit airline workers. By removing the handheld scanner, baggage workers can now use both hands to lift bags–potentially reducing injuries and speeding up the loading and unloading process.

Delta said it plans to have the system online in 344 airports by this fall.

“With a $50 million investment in RFID at 344 stations around the globe, we aim to reliably deliver every bag on every flight,” said Lentsch. “This innovative application of technology gives us greater data and more precise information throughout the bag’s journey.”

Delta is also debuting a new smartphone app by the end of 2016. Customers will be able to track their baggage via push notifications at each point on their trip. If for some reason a bag misses a flight, a customer is notified immediately, rather than wasting time at baggage claim waiting for a bag that won’t be arriving.