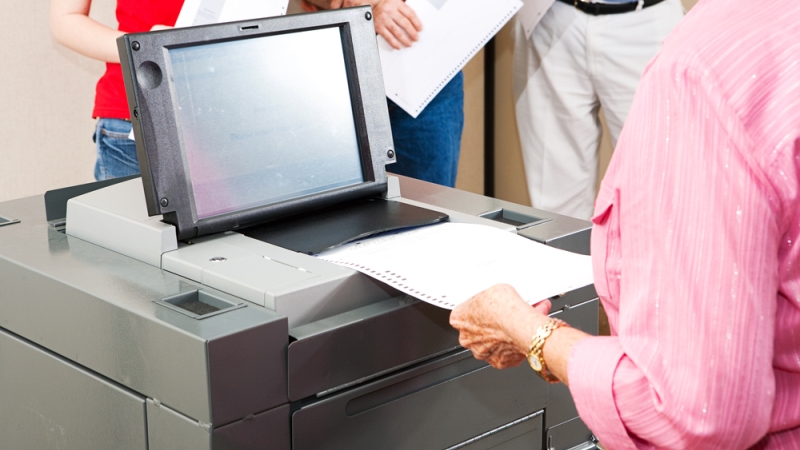 California’s Los Angeles County – the largest voting district in the United States – has decided to tackle election security on its own by building custom voting machines.

The machines, built on open-source technology, cost the county $100 million, according to NBC News, which was given access to the new voting system. The county plans to debut the new system to its 5.2 million registered voters during California’s presidential primary in March of next year. While residents currently have 13 hours to vote on election day, the new system will give voters 11 days to vote. NBC News noted that that county officials believe the new machines will “cut down on mechanical breakdowns and crowding and provide sophisticated protections against hacking.”

While the machines were recently shown to the public, the building process has been 10 years in the making. “The root problem was that the current system was becoming obsolete,” L.A. County Registrar Dean Logan, who was tasked with developing and running the new system, told NBC. “Nobody makes those card readers anymore, because IBM punch cards aren’t used to program computers anymore. We can’t replace it.”

In addition to being tough to replace card readers, the outdated machines are tough to secure, since the legacy software cannot be upgraded to defend against modern attacks. Under the new system, that won’t be a problem since it’s designed to be agile and interchangeable. As Logan explained, if a new and better part becomes available, election officials can upgrade the machines easily and swap out specific parts rather than throwing out the entire machine.

Since 2016, there has been a push to ensure that all voting machines have a paper component, which enables better auditing capabilities and protects against technology malfunctions and malicious cyber activity. Los Angeles listened to those concerns, and the new machine uses a combination of digital and paper ballots. Voters will make their selections on a touch screen before reviewing a paper ballot. They will then feed the paper ballot into the machine and then confirm their vote on the touch screen. This process allows voters to review their vote multiple times and provides a paper backup for auditing purposes.