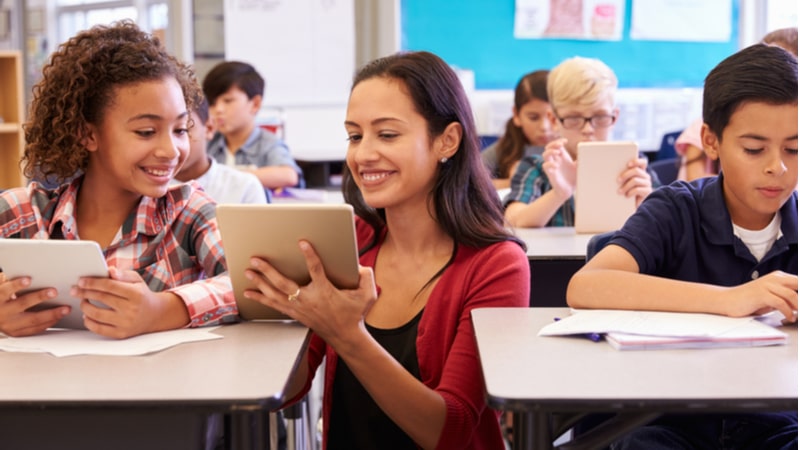 A new survey from George Mason University Law School’s Law and Economics Center found that while nearly all teachers were using EdTech in the classroom in recent years, more than half said they didn’t receive training to use the technology.

The survey, published earlier this month, was conducted over the 2018-2019 school year, so prior to the COVID-19 pandemic. However, it provides insight into what school administrators, teachers, and IT staff face in a post-pandemic world.

Despite the near-universal use of EdTech, only 44 percent of respondents said they were given EdTech training. Though schools were not providing training, more than half of respondents – 62 percent – said their administration encouraged the use of EdTech. However, that encouragement wasn’t backed up by support, with only 38 percent saying their administration provided funding for EdTech. The survey noted that urban schools lagged behind rural and suburban schools when it comes to both training and funding.

In terms of how teachers used EdTech, video (i.e. YouTube) was the most commonly used form in the classroom. For technology used at home, web-based learning apps such as Scratch or Google Apps for Education were the most common. Social media, robotics, and virtual reality were the least commonly reported types of EdTech used either inside or outside the classroom.

Teachers are also using EdTech to communicate with parents. For communication, 82 percent reported using online apps, such as Google Apps for Education, Blackboard, or Class Dojo. About half – 43 percent – reported using social media (i.e. Twitter and Facebook) to broadcast classroom or school information.

In terms of getting permission to use EdTech, 51 percent of teachers reported needing parental consent, while 39 said they needed administrative approval. Roughly half – 52 percent – said their school had a list of preapproved EdTech.