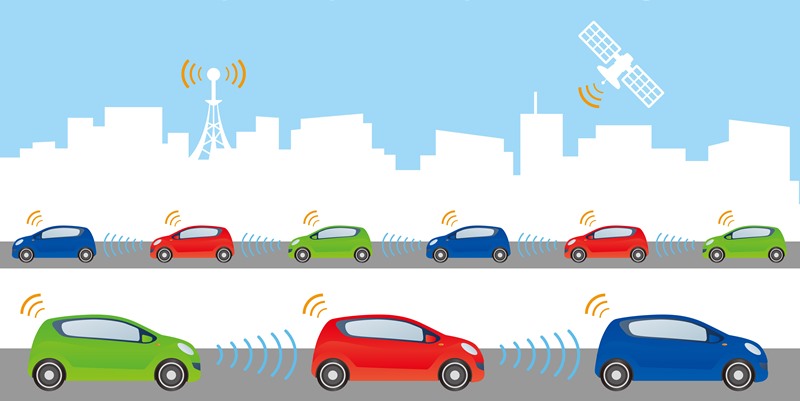 The introduction of self-driving vehicles could make roads both more and less safe, according to National Transportation Safety Board (NTSB) Chairman Christopher Hart.

“The human is the most unreliable part of the system,” Hart said in a speech at the National Press Club on Thursday. “On the other hand, if the system encounters unanticipated circumstances, a highly trained and proficient human operator can save the day by being the most adaptive part of the system.”

Hart said the NTSB has four major concerns in human driving: fatigue, distractions, impairment, and fitness for duty. Implementing driverless vehicles could address all of these problems.

“Driverless cars could save many if not most of the 32,000 lives that are lost every year on our streets and highways,” Hart said. “Most crashes on our roads are due to driver error.”

Hart, however, also noted that automated vehicles have and will introduce electronic and software failures that would not have happened with a human driver. For example, he recalled a Metrorail crash in Washington, D.C., in 2009, in which one train went electronically dark, causing another train to approach it at full speed without time for the human driver to effectively stop. In that instance, the train operator and eight passengers died because of an electronic failure.

“Introducing automation into complex, human-centric systems can be very, very challenging,” Hart said. “The challenges can be even more difficult in a system that still has substantial human-operator involvement.”

He said it would be impossible to convert to entirely driverless cars on the roads, meaning that special concern would have to be taken in how the self-driving cars interacted with human-driven cars.

“In time, we’re going to reach a point when many of the cars are that way, but that’s not going to be any time soon,” Hart said.

In light of the safety benefits and challenges, Hart asked the self-driving car industry to look to NTSB as a partner in developing the safest vehicles possible.

“We offer considerable experience regarding the introduction of automation into complex, human-centric systems,” Hart said, pointing to NTSB’s experience in working with airlines, which reduced their fatality rate by 80 percent.

“There’s got to be some uniformity across state lines,” he added, “and collaboration is going to help with that.”

In spite of these safety concerns, Hart believes that driverless cars will be coming into the market in the not-so-distant future.

“Driverless cars are coming,” Hart said. “The first fatal crash will certainly get a lot of attention, but this train has left the station. I don’t think it’s going to be stopped by one or two [fatalities].”