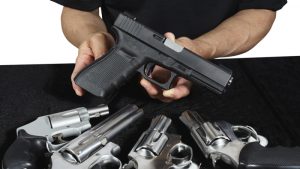 From 2006 to 2015, 6,700 firearms were transferred to individuals with prohibiting domestic violence records that should have prevented them from obtaining weapons. In a report released July 5, the Government Accountability Office (GAO) stated that better analysis of Federal Bureau of Investigation (FBI) data could help lead to improved background checks on domestic violence […]