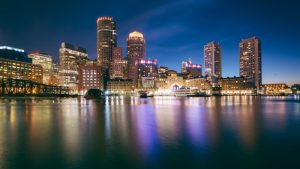 The City of Boston has a new interim chief information officer (CIO), after Boston Mayor Michelle Wu named Alex Lawrence – who had previously been Chief of Staff for the city’s Department of Innovation and Technology – to the post beginning Nov. 29, Lawrence announced on Twitter.