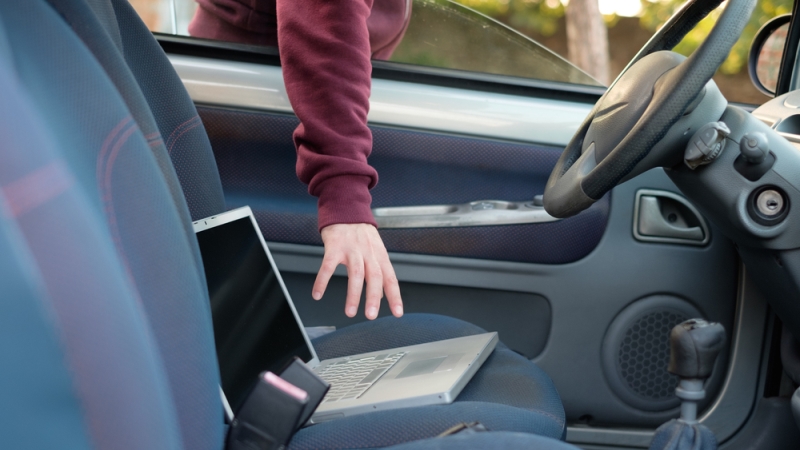 Stolen Wi-Fi devices aren’t always a priority for police, but a new app can search for stolen devices while police are on their regular patrol. In fact, the FBI reports a measly 3 percent recovery rate for stolen laptops.

L8NT, pronounced “latent,” is looking to change that. The Iowa-based company recently launched a new software product to help law enforcement agencies recover stolen Wi-Fi devices. Running in the background of existing squad car computers, the application is constantly analyzing the Wi-Fi traffic while officers are on their regular daily patrols.

Stolen devices that are registered in the L8NT database don’t need to be connected to a Wi-Fi network to be discoverable; the Wi-Fi only needs to be enabled. However, the company does note that having the device connected to an encrypted network doesn’t protect it from detection. The L8NT app searches for the device based on its media access controller (MAC) address. The MAC address is as unique as a fingerprint and is transmitted over Wi-Fi.

While in the past officers had to rely on serial numbers to identify a device once it was seized, they had little help locating devices and ran into issues with search-and-seizure laws. However, because Wi-Fi signals can pass through walls, L8NT explains that devices can often be detected from the public space outside constitutionally protected areas.

If you’ve never heard of a MAC address, you likely aren’t alone. L8NT provides guidance to police and theft victims on how to locate the address after the device is stolen. Once the address is known and added to the L8NT database, L8NT’s cloud service synchronizes the database with all participating law enforcement agencies across the country. This creates what L8NT calls a distributed detection network made up of all the squad cars running the L8NT app. This allows the device to be detected in a jurisdiction other than where it was reported stolen. Once a device is detected, the app helps the user locate the device with Google Maps and signal strength graphing. The app has already been used to locate a device involved in a homicide.

While privacy activists may raise concerns over the police scanning for Wi-Fi devices, app creator David Schwindt downplays the concerns. He explained that officers are only able to search for devices in L8NT’s database, not gather info on any other devices.

“The interest is in finding stolen or wanted property,” Schwindt said to the Iowa City Press-Citizen. “The interest is not in tracking people or their lawfully owned devices.”